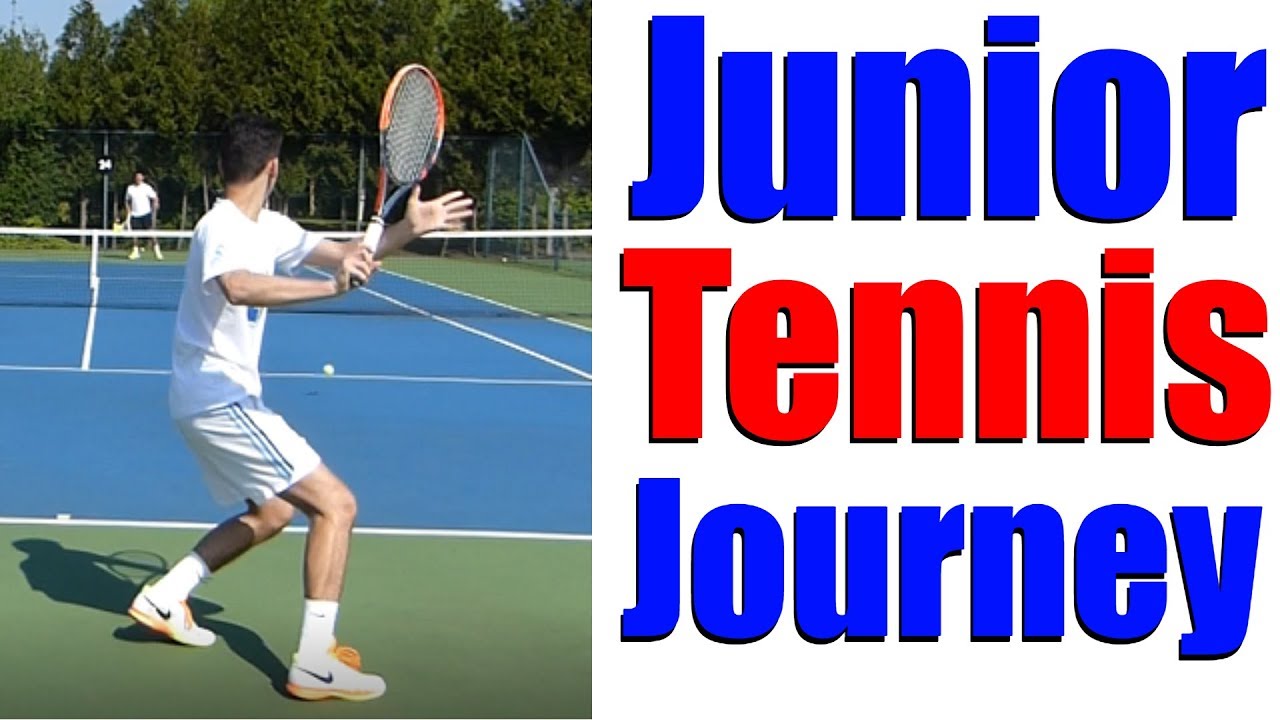 Tennis Transformation – Club Level To US College Scholarship.
In this video Top Tennis Training coach Simon Konov details the improvements of his 17 year old student Yoan of The Tennis Dream channel.
Simon started coaching Yoan properly in October 2015 when Yoan was a 15 year old junior tennis player who was struggling to win local junior events.
Yoan is now 17 years old and has just received a tennis scholarship to Queens University in South Carolina and will play US college tennis for four years if all goes to plan.
After that Yoan plans on testing his tennis skills on the lower level of professional tennis and see how far he can go.
Here are some of the main elements of Yoan’s game that they have been working on in the 2.5 years:
1. Improve Yoan’s forehand technique and use his bodyweight on the stroke. Yoan had a real problem of falling off the shot and had a very flimsy power position on his forehand which has now been eradicated.
2. Yoan’s tennis serve was not a reliable weapon in matches and his first serve percentage tended to dip in matches.
In January 2017 Yoan decided to change his service stance from the pinpoint to a platform and since that change his serve has been more consistent and is slowly transforming into a reliable weapon. They have also worked hard on improving Yoan’s supination and pronation during the contact zone to allow for more power and spin.
3. Yoan’s net game was very shaky in 2015, it is now becoming quite steady and is one of the reasons he’s winning more matches against stronger opponents, his ability to finish points off at the net has provided him an additional weapon to his predominant baseline game.
4. Yoan had a habit of grinding out points from 6-8 feet behind the baseline in 2015. Simon rcognised that Yoan had the ability to take the ball early, on the rise and dictate play from inside the baseline so they have worked extensively to improve this area of Yoan’s game and it is now starting to pay off with Yoan spending more match time inside the baseline whenever in a neutral or attacking position.
5. Yoan has worked very hard in the gym to become a better athlete following a strict training routine which is overlooked by coach Simon.
There is still much work to do and many other areas to improve in but here you can see the transformation of Yoan from a 15 year old to a 17 year old in a period of around 30 months.