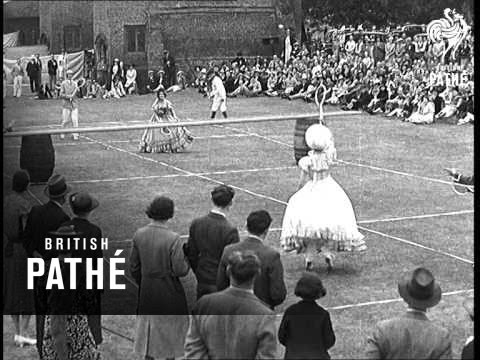 Only a brief section of visuals for this item currently exist (soundtrack continues throughout). Between 01:39:53 and 01:40:24 we see people re-enacting the first ever lawn tennis match from 1873. Two ladies in crinoline dresses and bonnets prance about the court playing a doubles match with two men, also in Victorian costume. The ball boy is an old man who was a real ball boy at the time of the first tennis matches. A crowd of people watch. There is no net, just a long horizontal pole held up by two barrels.
FILM ID:969.37