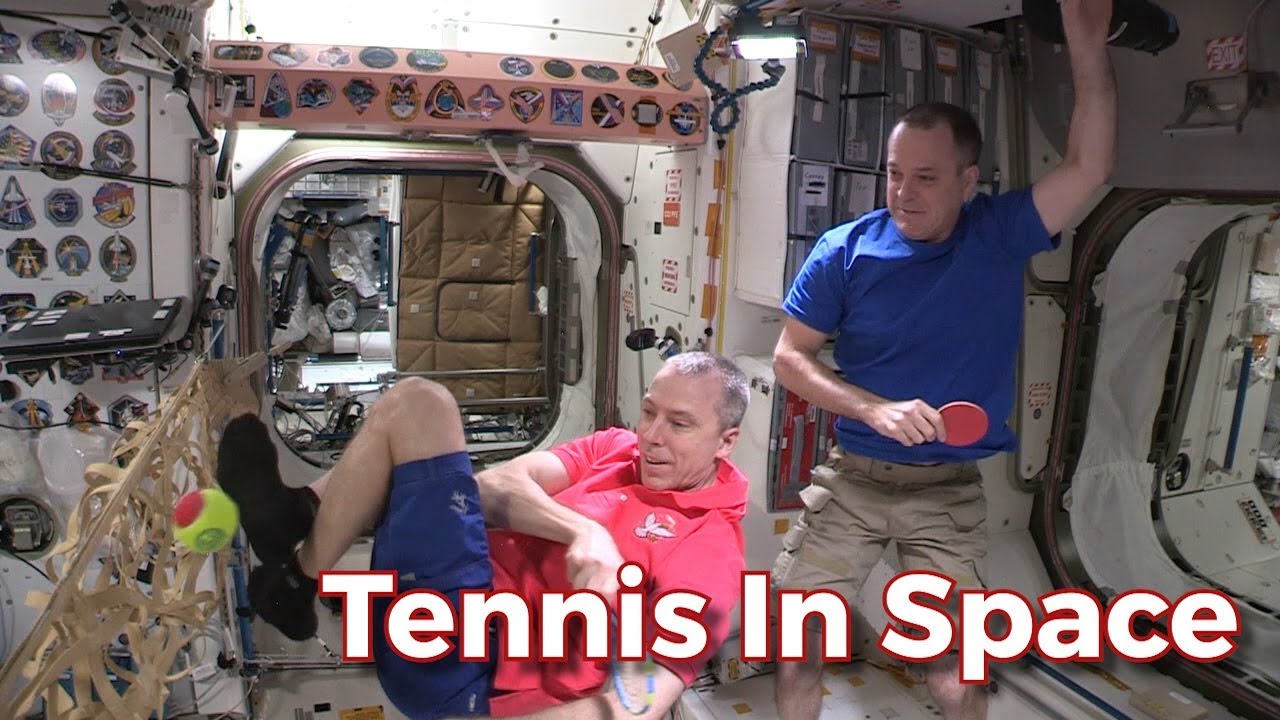 Commander Drew Feustel commented on the match saying, “Our match in space was pretty challenging due to the fact that we are in a microgravity environment. We did have a net, but the rules allowed the ball to go over or under the net. Also, there was no requirement for us to stay on the ground, so to speak, so we had the freedom to play on the walls, ceiling, or floor. The game space was a bit cramped so we could not really smack the ball without making it unplayable for our opponents. Also, we did not observe a service or base line or any lines for that matter. We just did not have them. We made a lot of modifications, including to the racquets.”

For more on the International Space Station, visit:www.nasa.gov/station