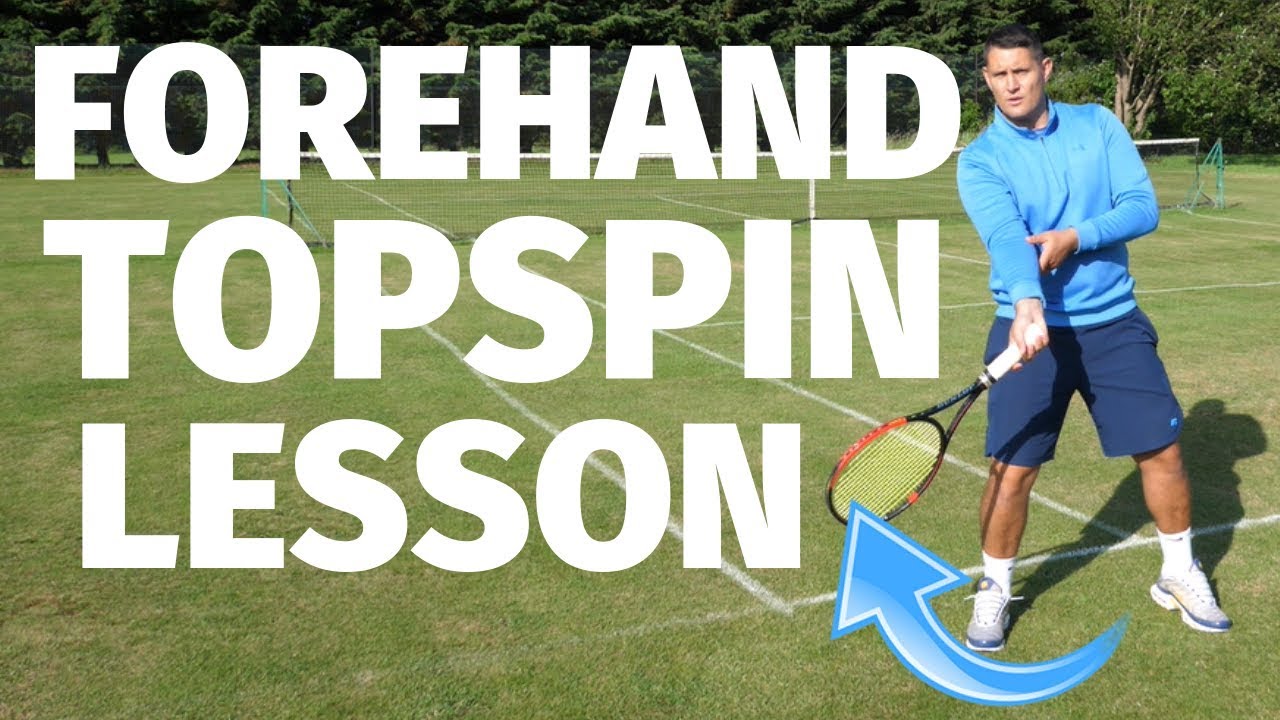 Tennis Forehand Topspin – 3 Ways To Get More Topspin On Your Forehand. Tennis players around the world want to generate more topspin on their forehands but don’t know how to do so. In this tennis video lesson, coach Simon Konov of Top Tennis Training will show you three different ways to get massive topspin on your tennis forehand.
When we want more power on our tennis forehand, it’s important to try to flatten out the shot and extend the racket and hand towards our target, so the swing path becomes a more linear one.
When we want more topspin however, the spin path changes to a more vertical one. Imagine the ball as a clock face, six o’clock at the bottom and twelve o’clock at the top, when we want to hit with more topspin on our forehands, we want to try to brush upwards on the ball going from six to twelve o’clock. This vertical swing path allows us to use a low to high racket path.
Here are the three steps to getting more topspin on your forehand in tennis:
Step One – Using a low to high swing path which will allow you to brush upwards on the ball. 6-12 o’clock on the clock face.
Step Two – Dropping the racket head below the contact point. Many players struggle with this step, they tend to bring the racket head on the same level as the ball and then brush up, so they only use 50% of their upwards potential. Try to feel the entire racket head has dropped below the contact point which will allow you to brush upwards fully during the contact zone.
Step Three – Using the legs to drive upwards on the ball. When you want more topspin on your forehand, it’s a good idea to use an open-stance forehand or a semi-open stance forehand. This will allow you to really load up on the outside leg which is the right leg for right-handed players, then push up off the ground creating good ground force which will result in a more explosive upwards motion with the racket.
#tennis #forehand #topspin