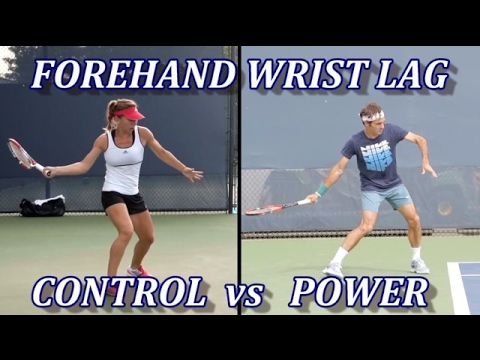 Roger Federer’s forehand technique and how he drops the racket and creates wrist lag has been analyzed to the smallest detail but is his technique really the best for a recreational tennis player?

The video above compares Roger’s forehand drop technique with the one from Simona Halep which doesn’t create that much power but it gives her much more control and margin for error.

You’ll see that Federer aligns the racket properly to hit the ball very late in the forward swing and has a very small margin of error whereas Halep does that much earlier in the swing.

You’ll also learn what the concept of a stable wrist is and how you can feel it.

And when it comes to the wrist lag it’s crucial that you allow it to happen regardless of which forehand drop technique you’re using because only then can you hit your forehands with effortless power.

Thanks to Jorge Capestany for letting me use his videos!

Check out his channel: