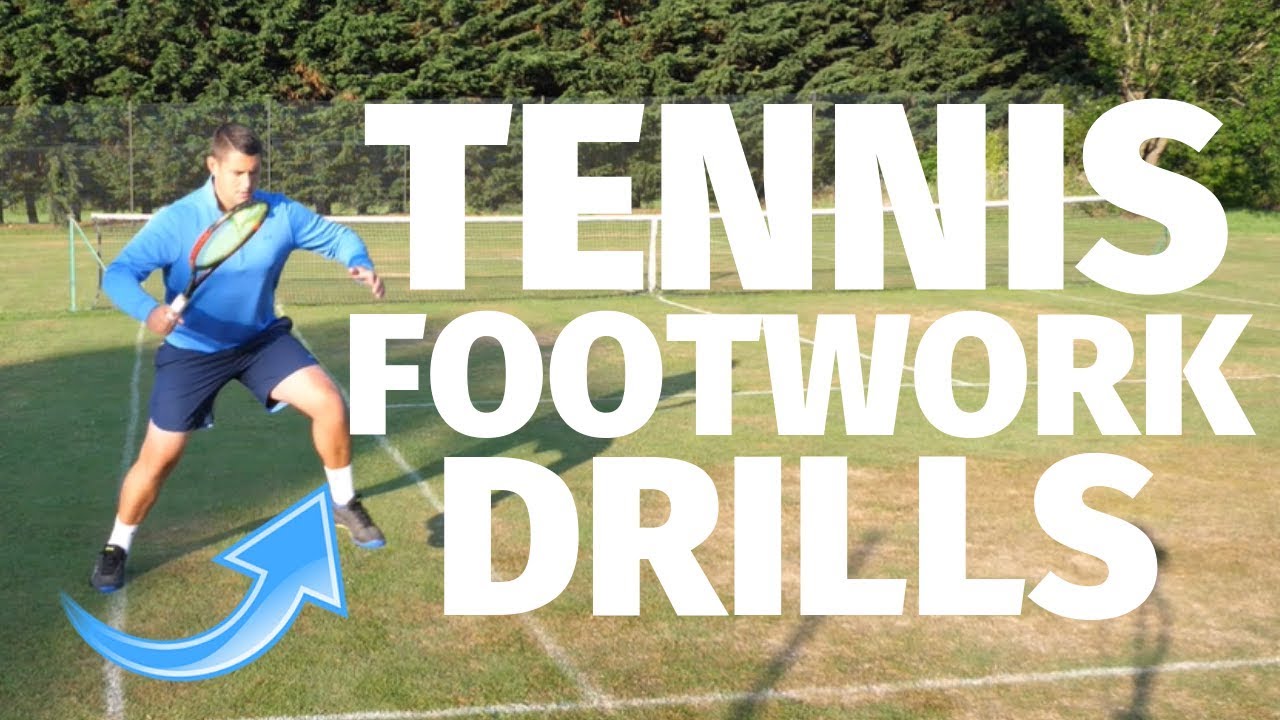 Tennis Footwork – 5 Drills To Improve Your Footwork and Movement. Tennis is a game of movement and having good footwork will allow you to get into the right position to hit the best possible shot but also help you recover back into a good position on the tennis court that will reduce the amount of space your opponent has to hit their next shot in to.
There are many good ball strikers in tennis, but there is a big difference to hitting a shot on the spot, with little or no movement required to the ball, compared to hitting a ball on the full run.
If you study the best tennis players in the world, Roger Federer, Rafa Nadal and Novak Djokovic, they all have exceptional footwork which allows them to use their weapons on the tennis court.
Imagine Federer with poor footwork, he wouldn’t be half the player he is. Think about how often Nadal is saved in a tennis point by his fast footwork and chasing down balls that other players would simply let go of. Djokovic’s incredible movement and balance allows him to hit winners on the full stretch, how often have we seen him hitting a down the line backhand winner whilst on the full sprint?
In this video, Top Tennis Training coach Simon Konov will show you five tennis footwork drills that will help you improve your footwork and movement on court.
Drill One – In this drill you’re working on side shuffle steps, small adjustment steps and a quick change of direction. You’ll need two cones, two water bottles of two ball cans to set up this drill.
Place the cones five steps apart. You’ll be performing figures of eight around both cones. Go for 6-8 repetitions per set and try to do three sets.
Drill Two – Split-step training drill. In this drill you’ll use the baseline as your guide, start with both feet in your normal split-step position behind the line and jump over the line into a forward split-step, then jump back over the line. This counts as one rep, go for 10-20 in a row and do three sets of this drill.
Drill Three – Tram to tram explosive jumps. This drill will help you improve the explosive power in your legs, especially for the first push from a wide ball when you need to cover a good amount of distance with that first recover step. Start on one foot on one tram line and jump onto the foot on the other tram line using your legs to balance the body. Hold the position for a split second and then return to the starting position. That counts as one rep, go for 6-8 on each leg per set and do three sets in total.
Drill Four – Crossover and sidestep. This drill will help you improve your recovery from a wider ball.
Drill Five – Fast feet over the baseline. Using small, quick steps, go over the line with both feet and return.