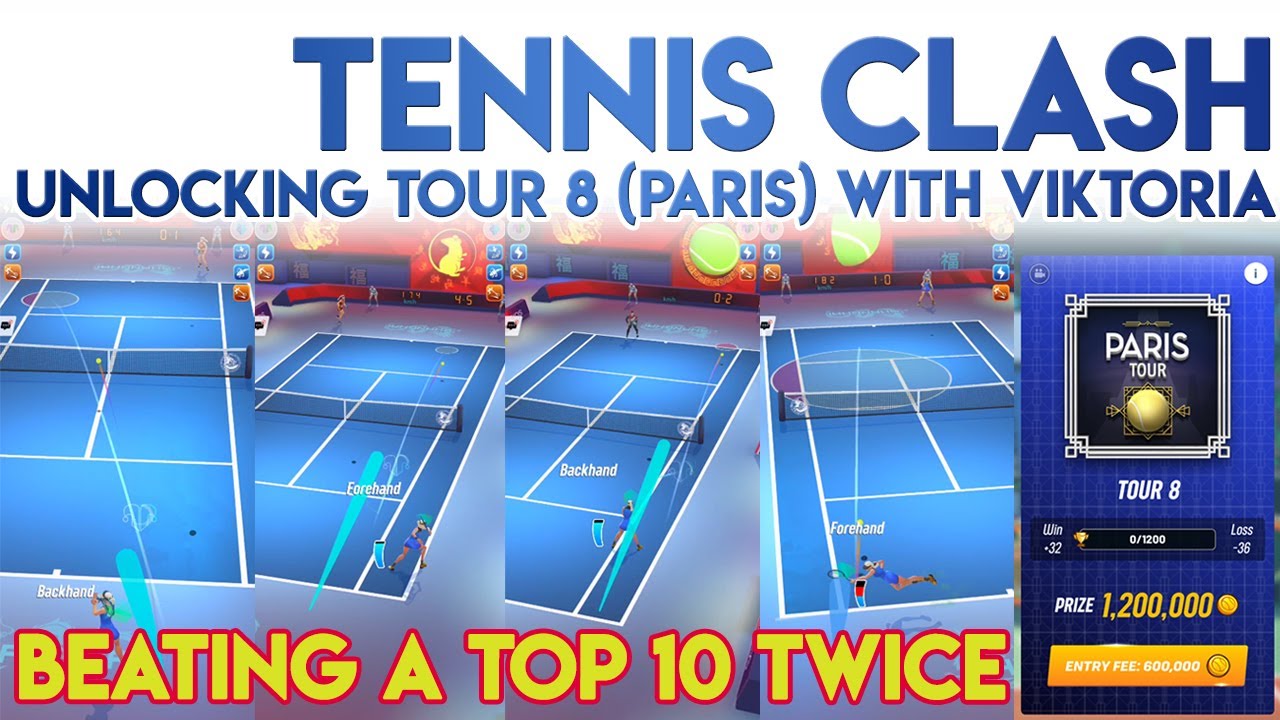 Let me show you how I have unlocked the Tour 8 (Paris Tour). Unlock (meaning open) T8 in Tennis Clash was one of my goals for May 2020 and I achieved it earlier than expected, exceeding now 2,100 trophies. I’m glad I unlocked Tour 8 with my favorite character who is Viktoria, playing as a low serve very aggressive baseliner.

Most of the matches were played versus very experienced players having a lot of trophies and having played a lot of matches. But I will remember above all the first and the last match that I have played to reach the 2100 trophies threshold which is required to unlock the Paris Tour 8, because they were pretty hard. They were played versus a Top 10 player: Halep.

Halep was in the Top 10 at the time I was playing him during the 2 matches that you are going to see in this video, and the last time I checked just before doing the commentary in this video, he is still in the top 10 with 3800 trophies (which is the highest number of trophies you can have in Tennis Clash). Obviously, I am delighted to have succeeded in beating Halep twice in 1 single practice session, thing that I never achieved in the past.

That means that what I was supposing previously, and was saying to GamePlays365 subs is correct. I told them that my stats were not enough to fight versus Halep and other high trophies players of the Top 50 in T7 so as to unlock Tour 8.

See all details in the video. Thank you for watching. 🙂