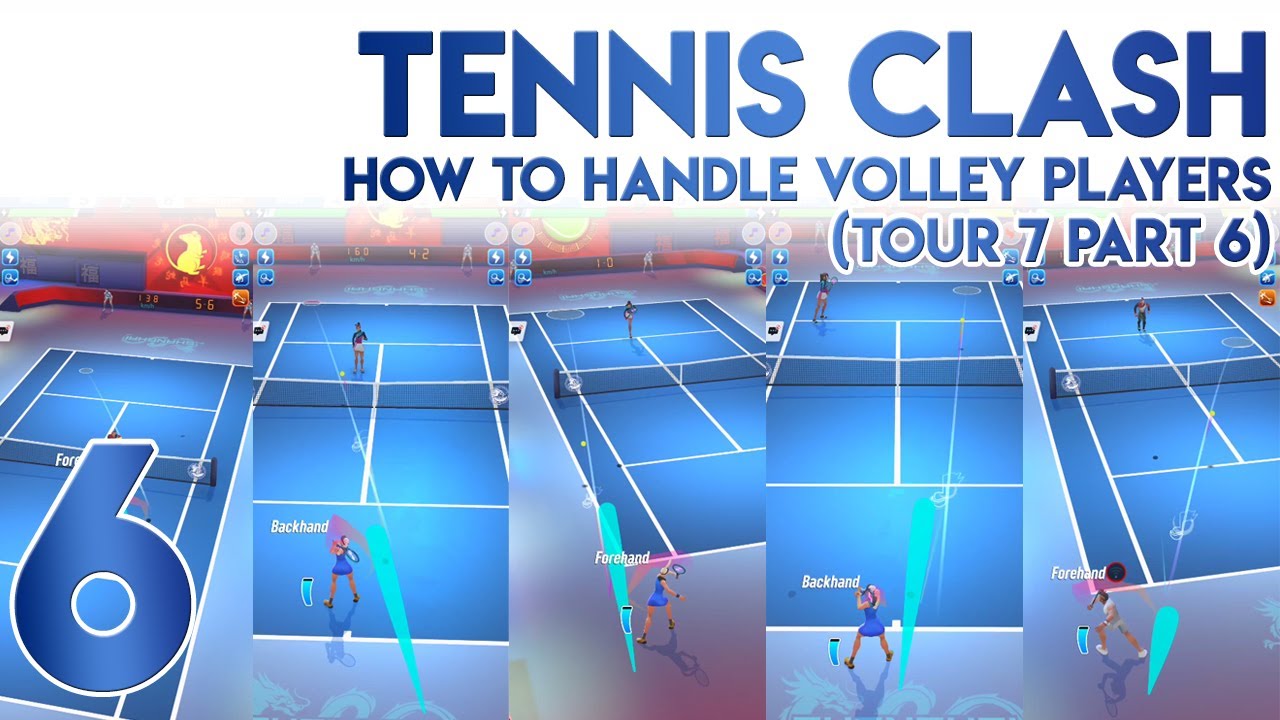 Let’s see how to handle volley players having high agility in the Tour 7 of Tennis Clash, a sports game published by Wildlife Studios.

There are several things you can do to handle very agile volley players:

1) Hit big forehands (or backhands) as powerfully as possible towards the two corners of the baseline.

Choose your preferred corner and hit your best stroke towards this area. Don’t mind about the side where your opponent is weak because most of the time, all those super agile volley players have very weak forehand and backhand so they will have a very hard time countering your big forehand/backhand.

2) On the serve of your opponent, try and return a soft cross court forehand/backhand (depending here again on your best hand) to surprise him (because he generally expects you to hit a forehand down the line instead, which is an easier shot to execute).

You can see in my video that in most situations, Diana or Kaito will be positioned so as to cut your down the line forehand or backhand, and not to anticipate a cross court hit. That’s mainly because it’s harder to hit a cross court than a down the line stroke.

4) Hit simple drop shots if you don’t want to hit soft cross court drop shots. It’s important those drop shots fall behind the net before the volley player arrives at the net, so as to force her to play with her FH or BH instead of volleying. Then, once she has hit her FH or BH, just follow up with a strong return to very probably win the point.

5) After the big update of 07.05.2020, handling volley players having high agility is not as tricky as before. However, you should choose at least the Maestro Multi to have some stamina shield and if you don’t want to waste a Joker Cord (which is more expensive in the store).

☛ Please SUBSCRIBE & LIKE/COMMENT our videos if you enjoy watching them. Thank you for your support. 😍

✓ Turn on the ‘🔔’ to get notifications for new uploads!