Ronaldo and Real Madrid: Who needs whom more? Plus, an Ajax deep dive | Extra Time 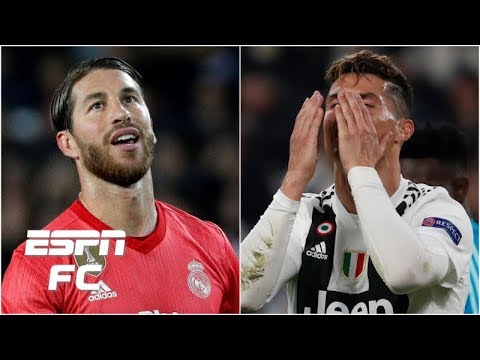 Dan Thomas, Alejandro Moreno, Shaka Hislop and Gab Marcotti head to ESPN FC Extra Time to answer fan questions, including (0:42) the difference in progress between Ajax and Manchester United since their 2017 UEFA Europa League final (the Dutch side won 2-1 vs. Juventus in the UEFA Champions League quarterfinals, while United lost vs. Barcelona and Lionel Messi); (2:33) why Gab “hates” Matthijs De Ligt; (3:45) whether United should sell Paul Pogba due to his recent struggles; (4:45) whether Cristiano Ronaldo needs Real Madrid more than the inverse; (5:43) if United could have had a chance if Drake took a selfie with Messi; (6:06) whether Ajax is No. 1 in Shaka’s Power Rankings; (6:46) whether Ajax winning UCL 2019 would be a bigger deal than Leicester City winning the Premier League in 2015-16; and (7:19) Shaka’s experience at The Masters.