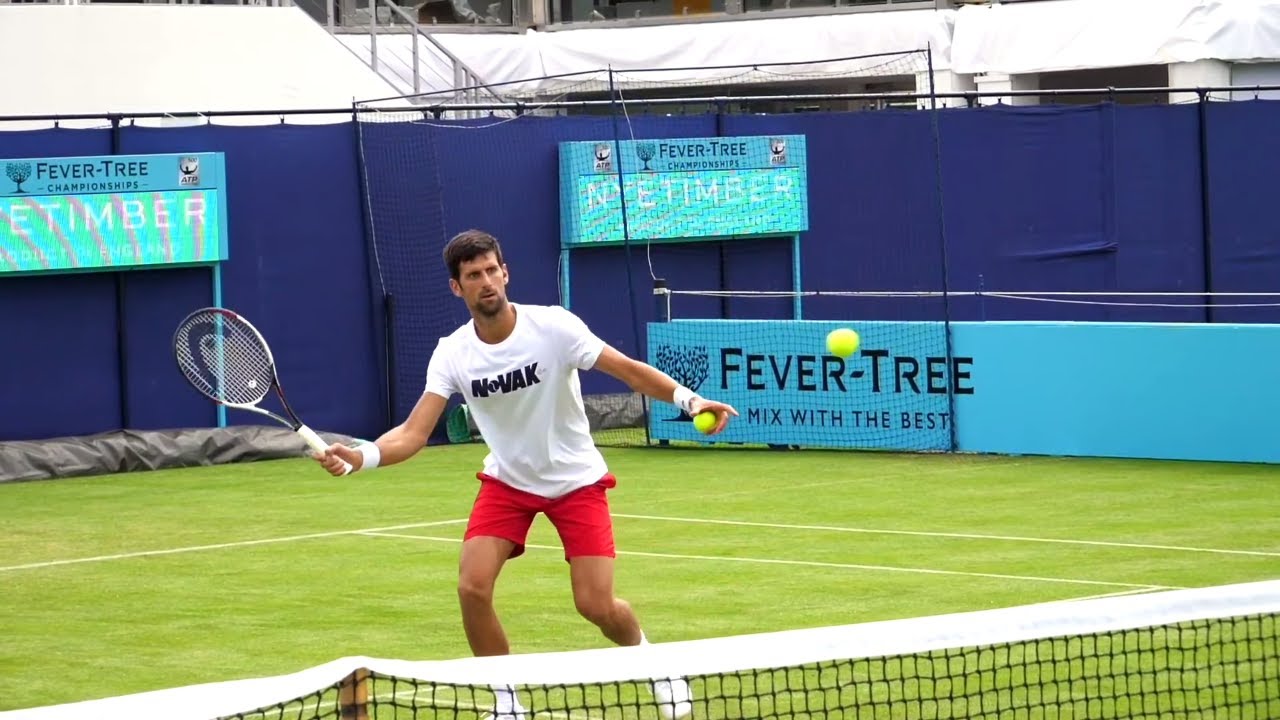 Novak Djokovic Volley Slow Motion – ATP Tennis Volley + Smash Technique.
Novak Djokovic is known for his rock solid groundstrokes and movement yet he effectively finishes many points at the net with a consistent volley. Djokovic volley technique is simple and compact, he has everything required for handling fast balls or generating power on the volley. In this video you can see the tennis volley slow motion and tennis smash on grass for analysis for those tennis players wanting to know how to hit a volley in tennis.

What do you think of Djokovic volleys compared to Nadal and Federer?

Novak Djokovic style of play usually involves him getting the opponent out of position before coming forward to knock off the volley, however as he has improved his serve over the last few years he now often serve volleys as well. The serb has improved his tennis volley technique and placement and now has a complete game which makes his dangerous no matter who he plays.

Novak Djokovic 2020 season has been incredibly successful and he is still unbeaten this year having won Dubai ATP, Australian Open Grand Slam, and ATP Cup defeating Rafael Nadal in the final. Djokovic is currently ranked World No.1 on the ATP Tour rankings with 17 Grand Slams and 85 ATP Titles to his name.

Can he go the whole season unbeaten?

Did you enjoy this video? Show your support and buy us a coffee –