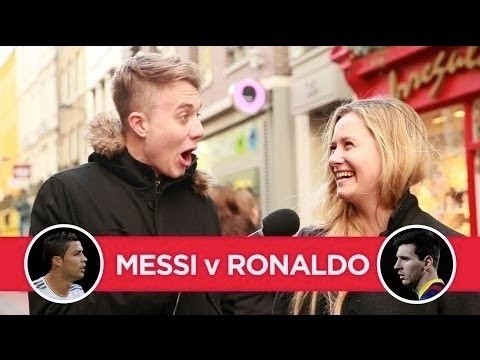 Lionel Messi v Cristiano Ronaldo – it’s the debate that has dominated modern football. It’s been analysed from every angle expect one. Now, the fairer sex decides once and for all who wins between two of the greatest players of all time…

This is Football Daily, bringing you all the headlines and debate from the world of football on YouTube – featuring VERSUS, TOP 10s, TOP 5s and ALL-TIME XIs. Get involved and SUBSCRIBE now to get all the latest and greatest from the beautiful game.