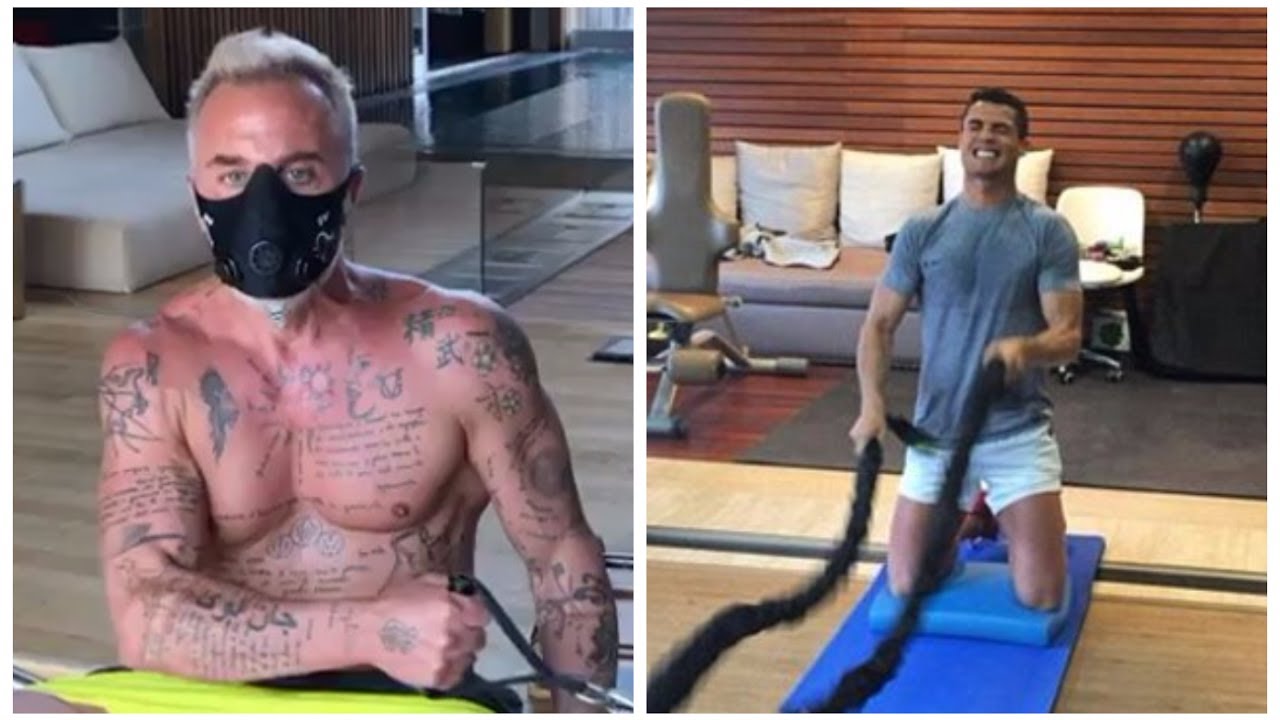 Gianluca Vacchi
Gianluca Vacchi has taken the world by storm since dancing his way onto the scene in a now-viral video with his wife Giorgia Gabriele. But what do we know about the 48-year-old? Well, aside from the fact that he’s friends with Zac Efron, the handsome Italian tycoon heads up the manufacturing company SEA Società Europea Autocaravan, and he’s also a big fan of Instagram, which he uses to showcase everything from adrenaline-packed activities to his penchant for pyjamas. Gianluca Vacchi has 8.5 million followers on Instagram. He is often seen hanging out with several A-listers like Zac Efron. Gianluca’s Instagram account is full of expensive cars, yachts and exotic places. On top of it all, he is inspiring others to keep fit as he believes in working out every single day. Maybe that’s his secret to looking so young!

Cristiano Ronaldo
Cristiano Ronaldo is known for being obsessed with his training routine. There’s a particular quote from Sir Alex Ferguson, which illustrates this phenomenon perfectly: “There’s no fluke about it. I see Ronaldo practising all the time in training.” Besides the mental motivation needed, there’s certainly another very important attribute that CR7 owns and that everyone need to keep in mind when attempting to get in shape: Discipline. Common or trivial quotes such as “No pain, no gain” are indeed true, but Cristiano Ronaldo and other top athletes are well aware of how important it is to set training routines and follow them without slacking. Cristiano Ronaldo is indeed a professional athlete and he’s surrounded and followed closely by professional fitness coaches and expert dietitians. Since his arrival to Old Trafford, Ronaldo has suffered a major body transformation, from a skinny boy to a muscled man and that didn’t happen by accident. Cristiano Ronaldo practices around 5 times per week in Real Madrid training camp, Valdebebas, depending on the games schedule they have that week. On average, he trains around 3-4 hours per day and follows a strict diet plan. In the “Regresso dos Incriveis 2010” documentary, Ronaldo also assumed that he respects a lot his sleeping hours and that he likes to go to bed early at night, so he can get up early as well.