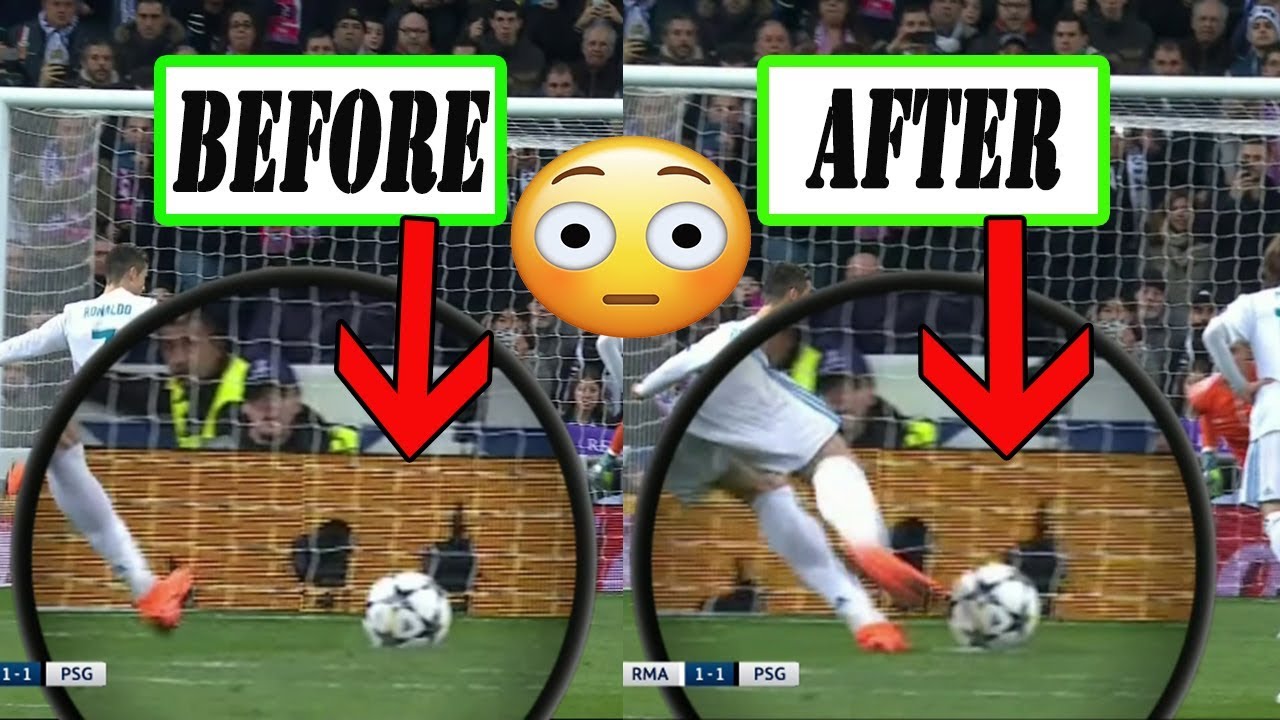 Cristiano Ronaldo appeared to take his genius to a new level against Paris Saint-Germain on Wednesday evening after using a bizarre kicking technique to convert a crucial penalty for Real Madrid.
The Portugese appeared to make the ball pop up in the moments before he struck it, essentially turning his spot-kick into a volley and helping it past PSG goalkeeper Alphonse Areola.
Initially, it was speculated that Ronaldo had touched the ball with his standing foot, but extra slow-motion replays revealed that he had, in fact, disturbed the turf underneath the ball and causing it to move.
Amazingly, former team-mate Rio Ferdinand dispelled suggestions that it was simply an accident, and claimed the technique was something the five-time Ballon d’Or winner honed during his time at Manchester United.
‘He used to do that in training you know!’ Ferdinand told BT Sport.
‘He used to mess about in training and do it but to do it in a game, I’m not saying he means it, but he used to do it. I swear to you, crazy but he used to do it.’
But the laws of the game stipulate that had the officials spotted the movement of the ball, the kick would have been retaken.
Former Liverpool and England striker Owen said: ‘It’s amazing. As soon as I saw the pen I thought “he’s double touched that, it should be disallowed”.
‘But if you watch it carefully it was actually the ground that just flicks the ball up. It just pops up and he almost volleys it – it’s amazing how he’s still so accurate when the ball moves.
‘But it definitely shifted, just popped up a little bit it’s no question, it wasn’t a double touch.’
Meanwhile, former Swansea boss Clement jokingly claimed that Ronaldo’s penalty was excellent.
He added: ‘It takes a good player to do that! Tee it up for himself and volley it. No, there’s no way you can see that. It’s an excellent penalty. Areola went the right way and he’s not far away from it. The pace and the accuracy, very difficult to save that.’