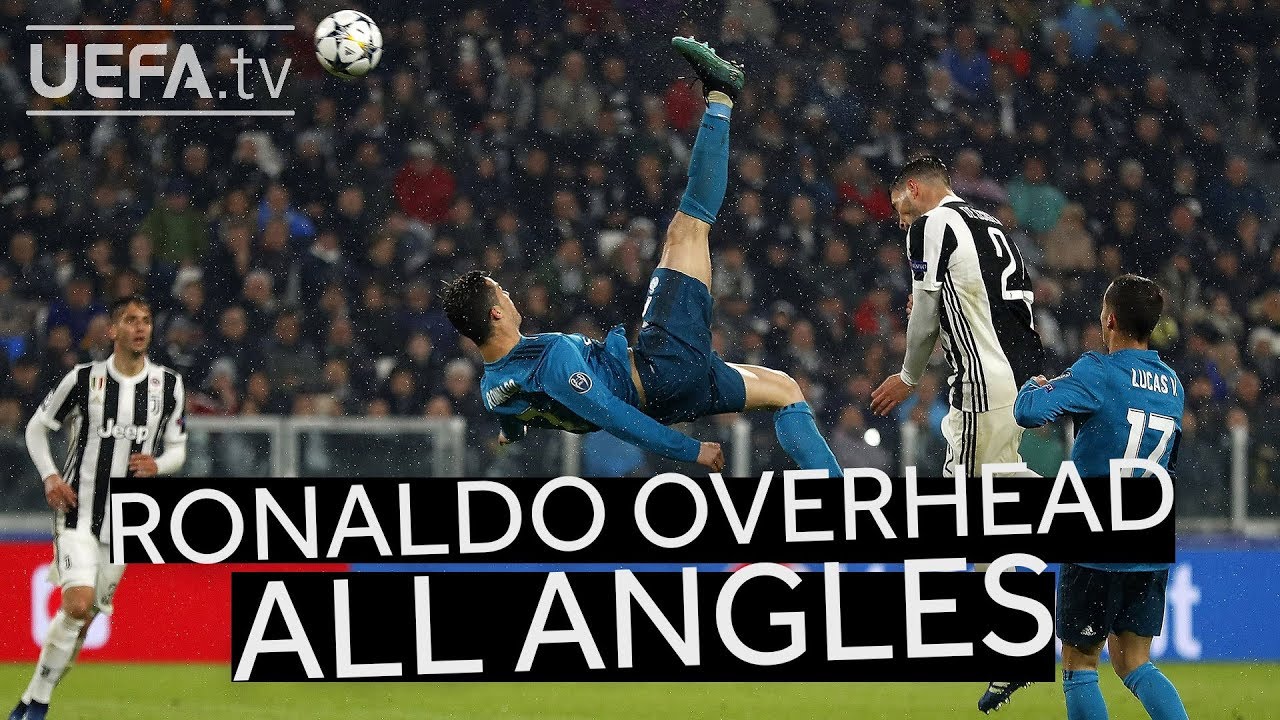 Cristiano Ronaldo’s stunning overhead kick in the UEFA Champions League quarter-finals for Real Madrid against his current club Juventus has been voted as UEFA.com Goal of the Season and UEFA.tv brings you back the moment from all angles!!

Ronaldo’s strike, which was applauded on the night by his opposing – and it turned out future – fans, topped the poll with nearly 200,000 of the total 346,915 votes. He succeeds his new Juve colleague Mario Mandžukić, who won last year for goal against Madrid in the UEFA Champions League final, while Lionel Messi took the award in both 2014/15 and 2015/16.